European Universities Championships in Badminton and Bridge took place in the Polish capital Warsaw between August 31 and September 6, 2015.

The opening ceremony of the joint event was held on September 1st. Several authorities attended the opening, including prof. Alojzy Z. Nowak and Tadeusz Tomaszewski, Vice-Rectors of the University of Warsaw, Secretary General of the Polish University Sports Federation (AZS) Mr Bartlomiej Korpak, Executive Committee member of the European University Sports Association (EUSA) Mr Fernando Parente and other invited guests, which together with the participants enjoyed the short ceremony at the University. 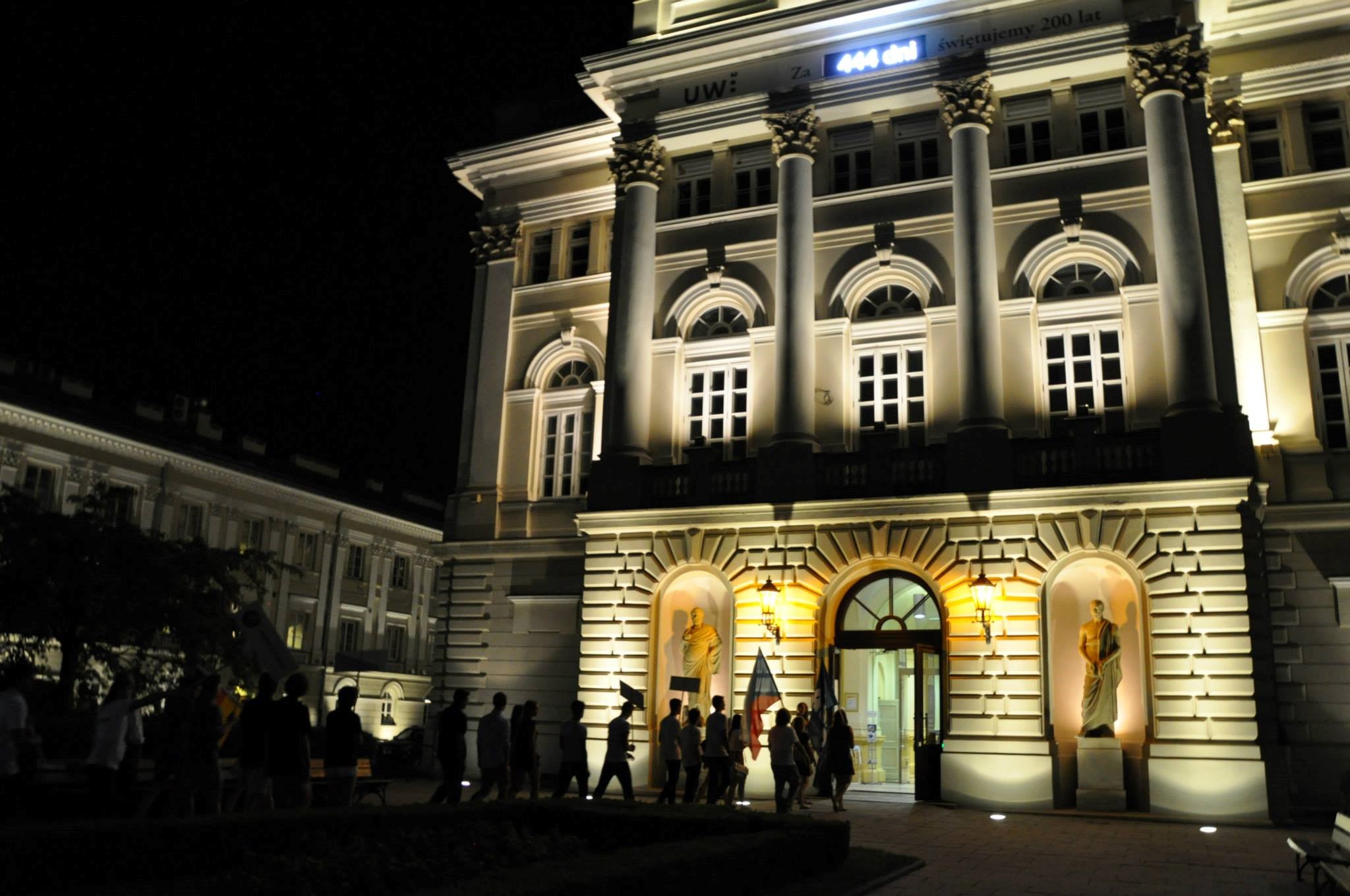 The participants carried out the march pass and then attended the ceremony, officially opening the championships. 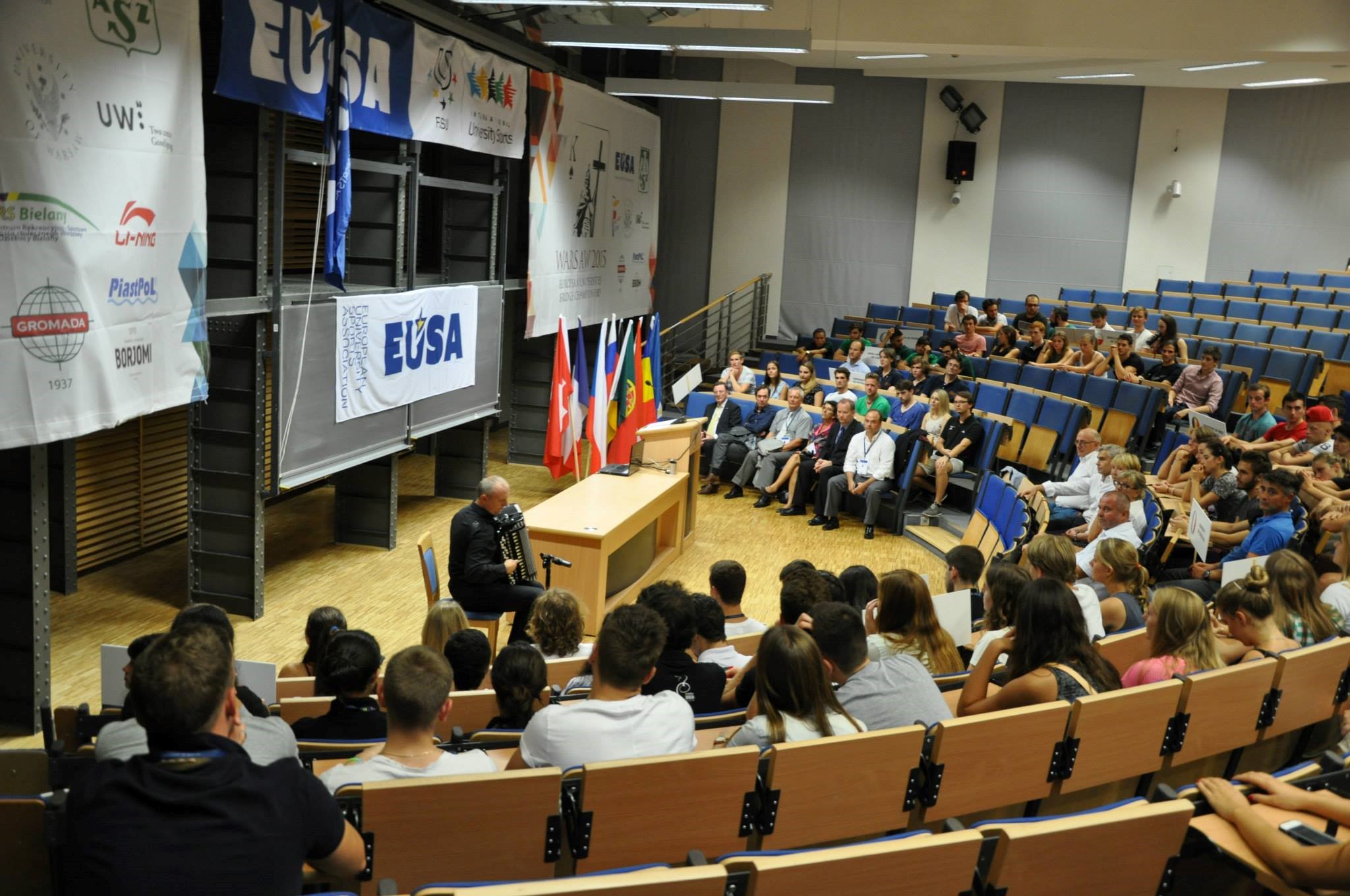 EUSA Executive Committee representative Mr Fernando Parente welcomed all participants and wished all the teams and participants who came to test their skills and abilities great competitions. He also thanked the Organizing Committee for all their contributions. 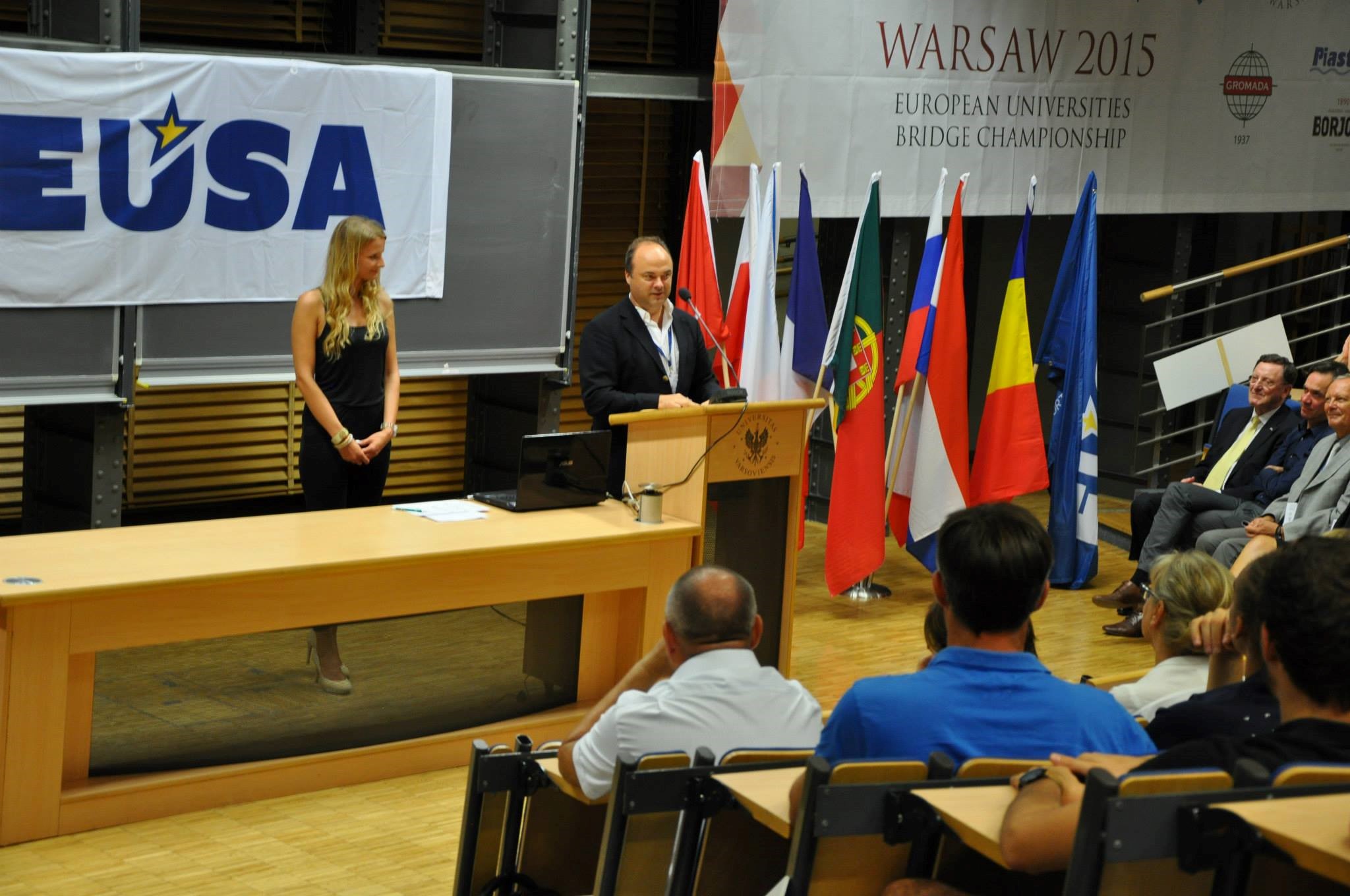 EUSA Technical delegates and their assistants Mr Bastian Kruse and Isabelle Jobard for badminton, and Mr Geert Magerman for Bridge, together with the local hosts and the partners, are making sure the events run as smooth as possible. 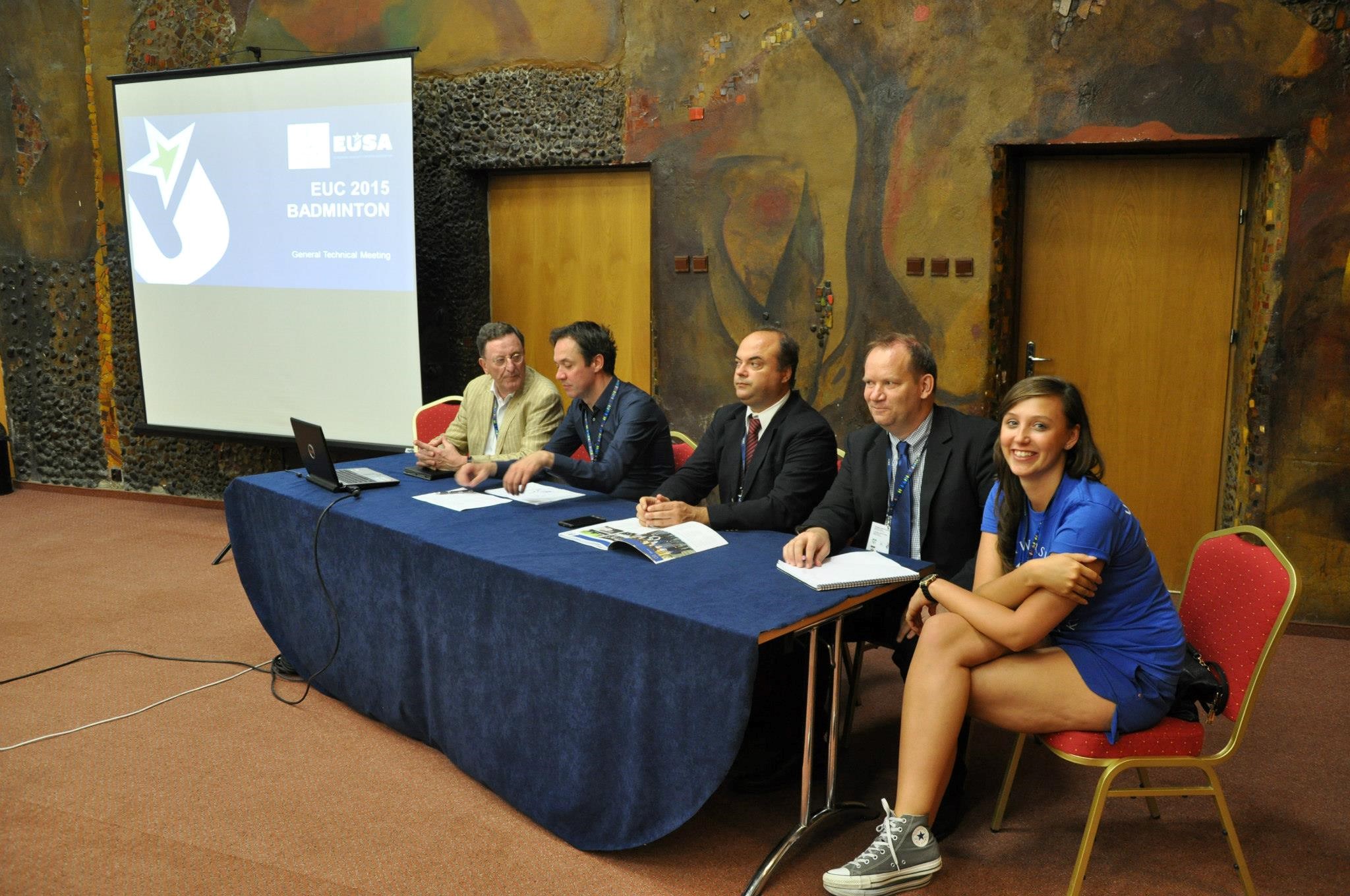 Both Badminton and Bridge championships started with the team competitions, offering exciting matches which are also being transmitted live online. The competitions are organised in cooperation with the governing sports bodies - the European Badminton Union (Badminton Europe) and the European Bridge League (EBL), and will conclude on September 6 with the final competitions, award and closing ceremony. The events are also used to promote the European Week of Sport, and the #BeActive campaign. 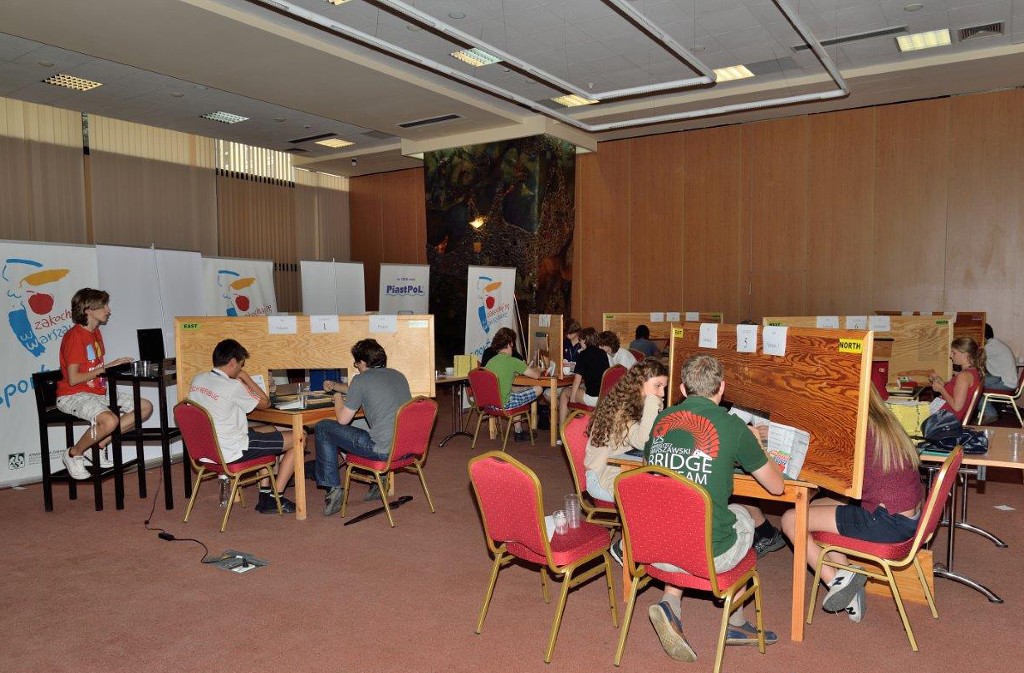 The European Universities Bridge Championship took place in Warsaw at the same time and consisted of several competitions in Pairs, Speedball, Teams and Butler. In the Team ranking, the Institute of Chemical Technology, Prague (CZE) won gold, with the University of Warsaw 1 from Poland winning the silver and the Wroclaw University of Technology the bronze. 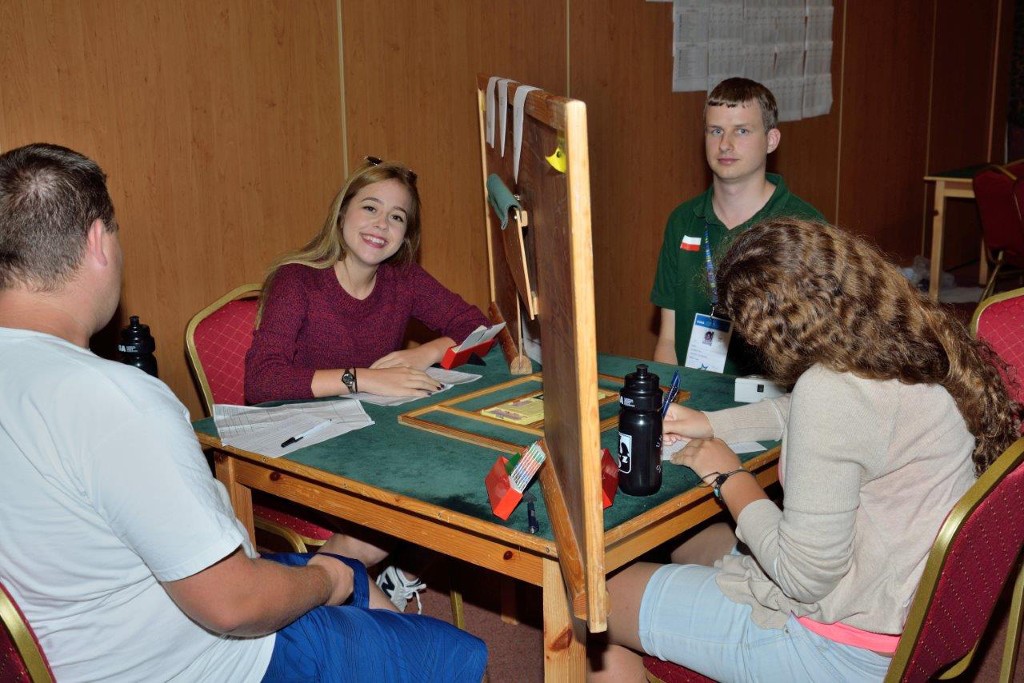 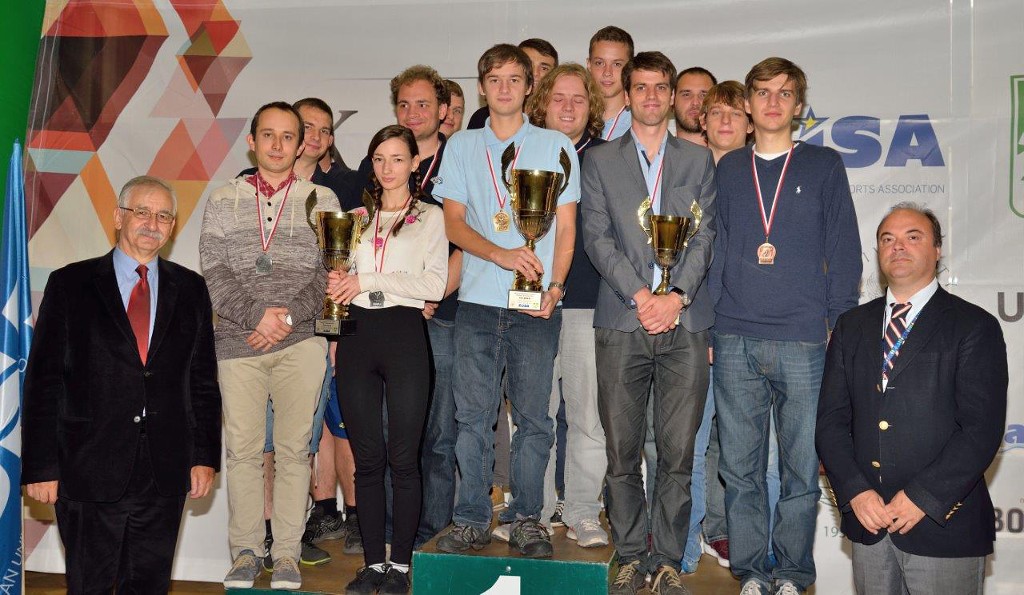 Mr Chabouk took over the EUSA flag at the end of the ceremony, as the next European Universities Bridge Championship will be hosted together with the Chess Championship as mind sports in Fuengirola, Spain in 2017. 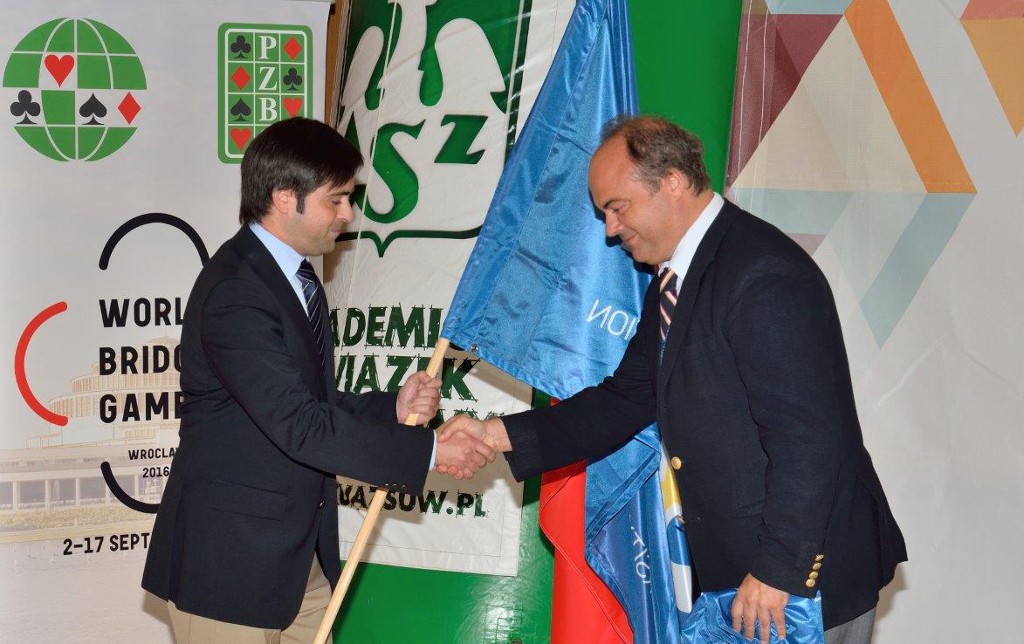 Both events were organised in cooperation with the respective governing bodies - the European Badminton Union (Badminton Europe) and European Bridge League (EBL), also directly promoting the European Week of Sport. More info and links to pictures can be found at www.eucbadminton2015.eu for badminton and www.eucbridge2015.eu for bridge.